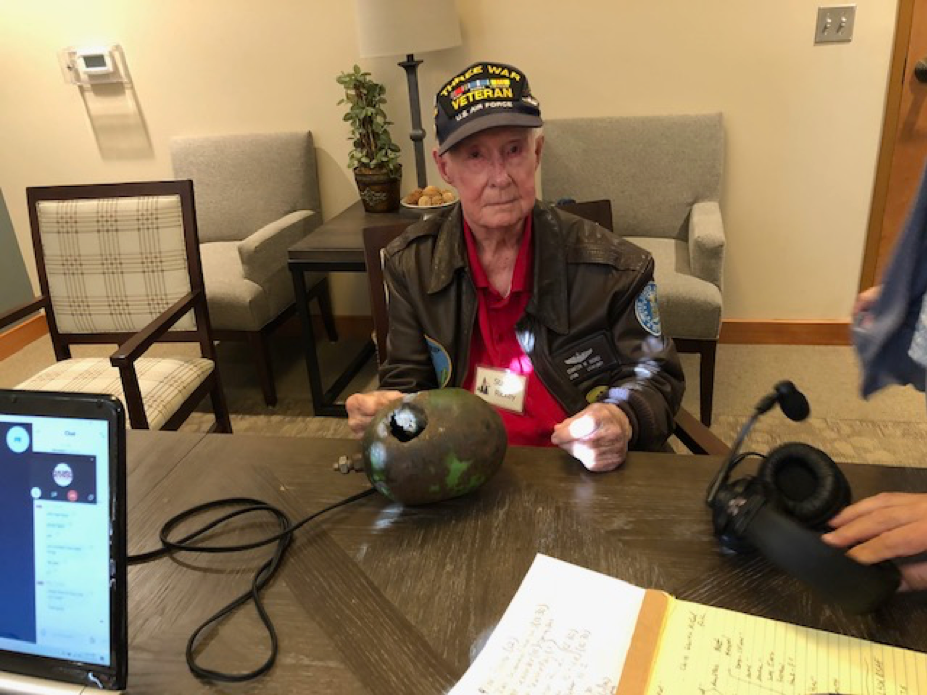 One such individual was new resident, retired Lieutenant Colonel Stanton Rickey, who moved to Dallas Retirement Village in September 2019, just before celebrating his 99th birthday! Stanton shared several of his stories and brought along an item recovered from his B17 Bomber, such as a damaged portable oxygen bottle that can be seen in the photo above.

Stanton served in three branches of the United States military—the Marine Corp, the Army, and the Air Force—before retiring in 1971 after 33 years of service. He served 26 years in active duty and is a three-war veteran. During World War II, he flew 27 and a half combat missions as a B17 pilot. On his 28th combat mission, his plane was shot down over Germany. Stanton was able to parachute to safety, but he was later captured and held as a POW in Germany for 10 months. The story of his military experience is truly amazing!

To hear more about Stanton’s military service, you can watch a short compilation video of his KYKN interview on our community Facebook page. Listen to the entire podcast and hear the stories of Dallas Retirement Village resident veterans, by visiting the KYKN website.